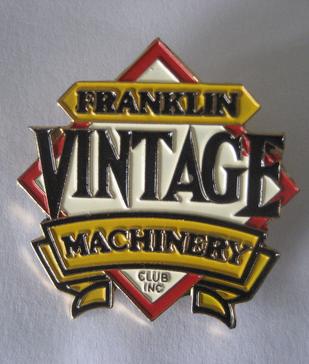 A group of businessmen, led by a finacial opportunist, WB Ewing, established a tractor manufacturing plant in Minneapolis in 1915. Being aware that "Ford" was the most identifiable name in the USA and also knowing that it remained unencumbered in relation to farm tractors, Ewing registered his company as "Ford Tractor Company". The Ford was released to unsuspecting farmers in 1915. It was of a three wheel configuration with power delivered to the two front wheels. It was a technical monstrosity which could hardly make it to where it was going to work.

Unfortunately for Ewing a tractor was purchased by a State Legislator named Wilmot F Crozier, who owned a grain farm in Nebraska. After 12 months of dispute, Ewing replaced the tractor, which was no better and then disappeared. Crozier then purchased a Big Bull tractor which proved to be no better. During his travels round the state he found that other farmers were having the same problems with dead loss tractors and that manufacturers were taking advantage of the farmers lack of knowledge about tractors. Crozier decided that some stern action was required to remedy the matter. He sponsored a Bill which became law in the State of Nebraska to the affect that no new tractor was to be sold unless it was accompanied with a licence from the Nebraska State Railway Commssion. In order to be issued with a licence the manufacturer had to hand the Railway Commission a certificate for each tractor, obtained from the University of Nebraska Agriculture Engineering Department stating that the tractor had undergone a strict testing procedure at the university. This meant that in order to sell tractors in Nebraska, the tractors had to be able to live up to the claims of the manufacturer, which in turn set up a standard for all tractors sold in the USA ­ pass the test or go out of business.

So what is the Nebraska Test Laboratory all about? 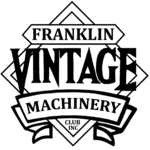 Lester F Larson, retired engineer in charge of the Nebraska Tractor Test Laboratory for 29 years, sadly passed away on February 22nd this year at the age of 91.

Founded in 1919, the Nebrask Tractor Test programme was designed to ensure that tractors bought and sold in the state were in good working order. Under Larson's leadership the programme was extended to include more performance measurements, fuel consumption, noise and other factors, which were continually updated.

Larson worked for International Harvester from 1932 to 1937, he then returned to he University of Nebraska as a graduate assistant. Upon completion of his Masters Degree, Larson joined the faculty at South Dakota University from 1939 to 1943 then joined the faculty of the University of Nebraska as an extension engineer. In 1946 he was named engineer in charge of the Nebraska Test Laboratory and served in that capacity until his retirment in 1975.